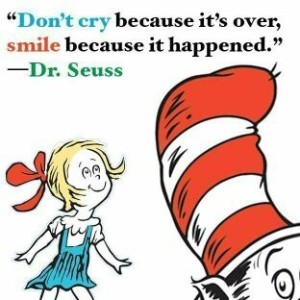 Thank you for the music, Mr Creamer!

At the end of last month, a man died who had an impact on tens of thousands of Irish young people. Often, the good people in Irish education go unsung, but notes Seán Creamer summoned will be sung for decades more. In the mid-1980s, Creamer, a music inspector for the Department of Education, had the idea of starting the National Children’s Choir. Year after year, teachers nationwide organised rehearsals in their own schools before children came together from all over the country to perform large concerts under the stewardship of Creamer. He introduced countless children to choral music, instilling a love that for many became lifelong.

Choirs bring us together. They are not about the individual. In fact, you know a choir hasn’t achieved what it is meant to if the individual and not the collective is heard. “When you sing with a group of people,” Brian Eno once wrote, “you learn how to subsume yourself into a group consciousness because a capella singing is all about the immersion of the self into the community. That’s one of the great feelings – to stop being ‘me’ for a little while and to become ‘us’. That way lies empathy, the great social virtue.” Music in schools, underfunded, perhaps under-appreciated, is a great calming and creative influence, teaching discipline and showing the value of collaboration. In an addled world where mindfulness is a product, choirs are wonderfully meditative.

Creamer’s large-scale performances with children and teenagers in concert halls also illustrated the remarkable work music and choir teachers do in schools around the country. The repertoire would be taught and learned satellite-like at individual schools, before coming together for rehearsals with hundreds of other pupils. There, the patchwork would form into a seamless piece of cloth. Creamer was a genius conductor. His skill was pure alchemy. He set tasks that seemed on paper unachievable – getting thousands and thousands of young children to learn and perform often incredibly complex choral works. But he knew that if the music was in you, it would come out, and it would come out together. And so he would stand in the National Concert Hall, like the Sorcerer’s Apprentice, pulling the notes out of us and weaving them together. With the slightest movement of his hand, harmonies formed like murmurations of starlings, and he shaped them beautifully, conjuring transcendent moments for singers and audiences alike.

All of this was done without ever saying a harsh word to anyone. Despite the mammoth task of organising, rehearsing and delivering, he was always calm and upbeat, a look of concentration overtaking his face until the piece was finished, and then the curl of a smile forming on his lips. If it was especially good, those brilliant eyes would twinkle.

Thank you for the music, Mr. C.